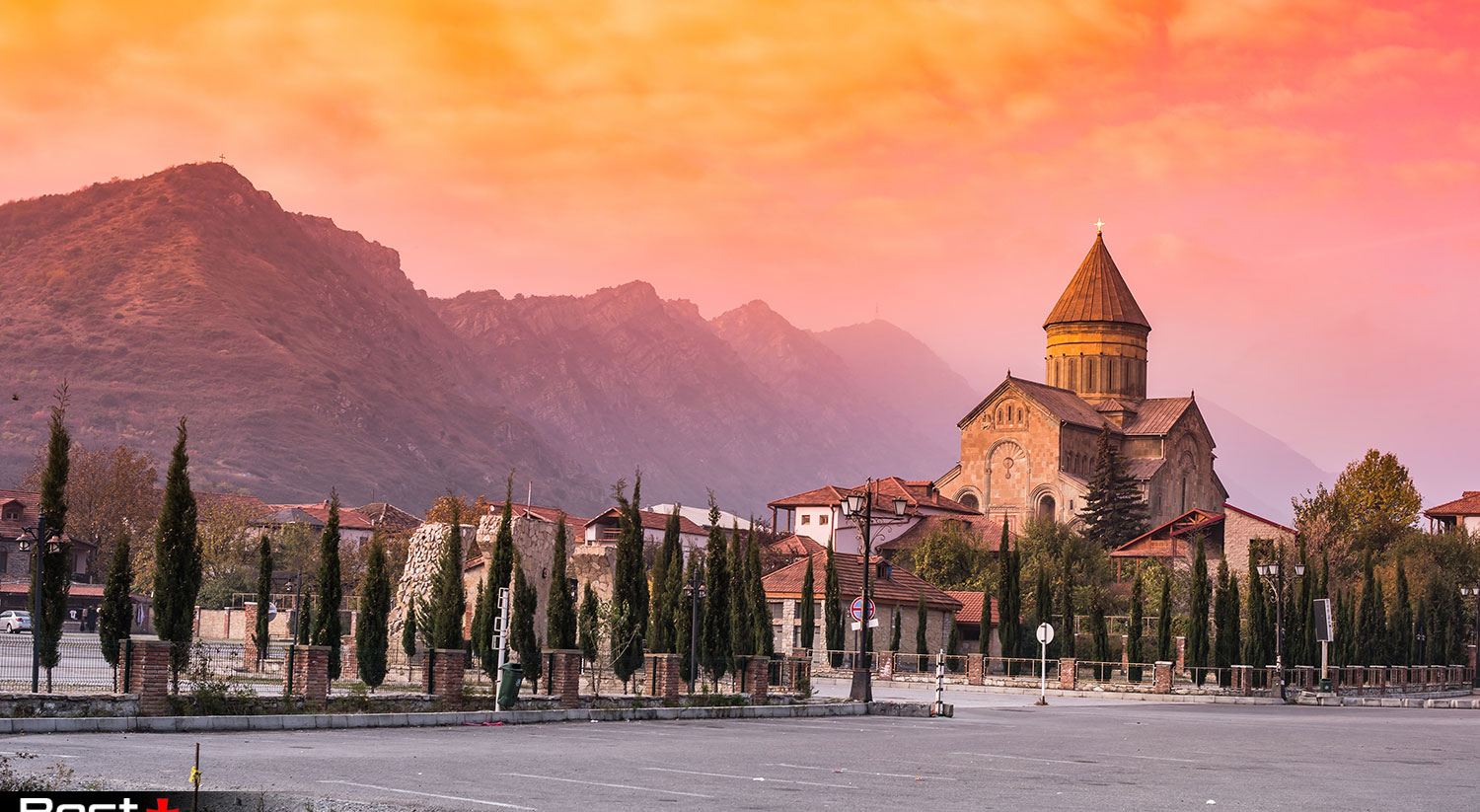 On the shores of the Kura, right after the confluence with Aragvi stands the city of Mtskheta which is the ancient capital of Georgia. Mtskheta is a holy place for every Georgian.

Such a number of holy and cult places, as in Mtskheta, located 20 km from Tbilisi, no more in all Georgia. For this the ancient city is called the "Second Jerusalem". 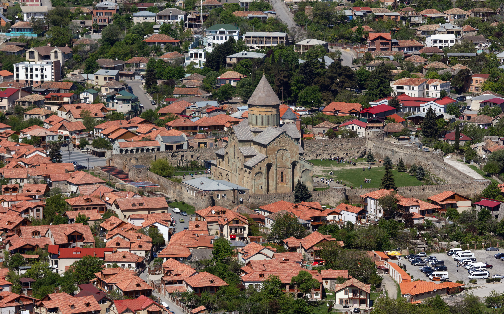 Svetitskhoveli Cathedral (XI century), meaning "Life-giving Pillar", where is buried the Holy Shrine of the Christian world - the Chiton of Our Lord Jesus Christ. 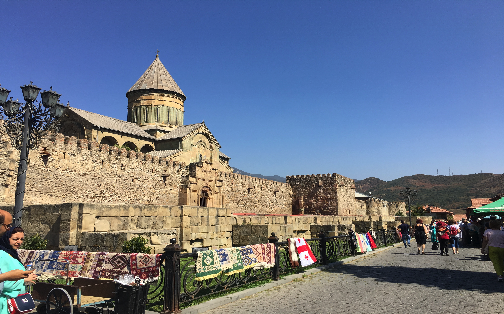 Women's Monastery Samtavro, where King Mirian and his wife Nana are buried. They were the first to be baptized by the Christian faith by St. Nino. In the church also rests the elder Gabriel - one of the most revered Georgian saints. Crowds of pilgrims and admirers of the Saint are often seen here. 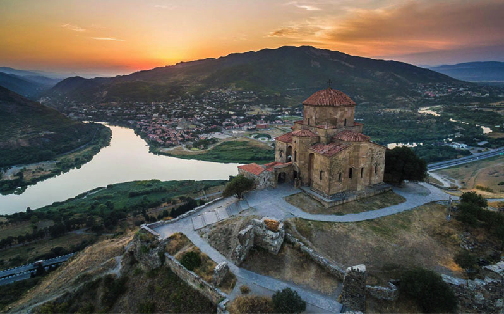 Come to Georgia and do not go to Jvari - it's just impossible!  Jvari monastery temple, the oldest cult monument, was built at the dawn of Georgian Christianity in the 6th century. Its name Jvari temple - literally from Georgian - "Cross" is not accidental. This explains ancient legend that on this very place Nino Cappadocian placed Holy Cross, which marked adoption of Christianity by Georgia. Later, temple was built over Cross, which was called the Temple of Holy Cross.