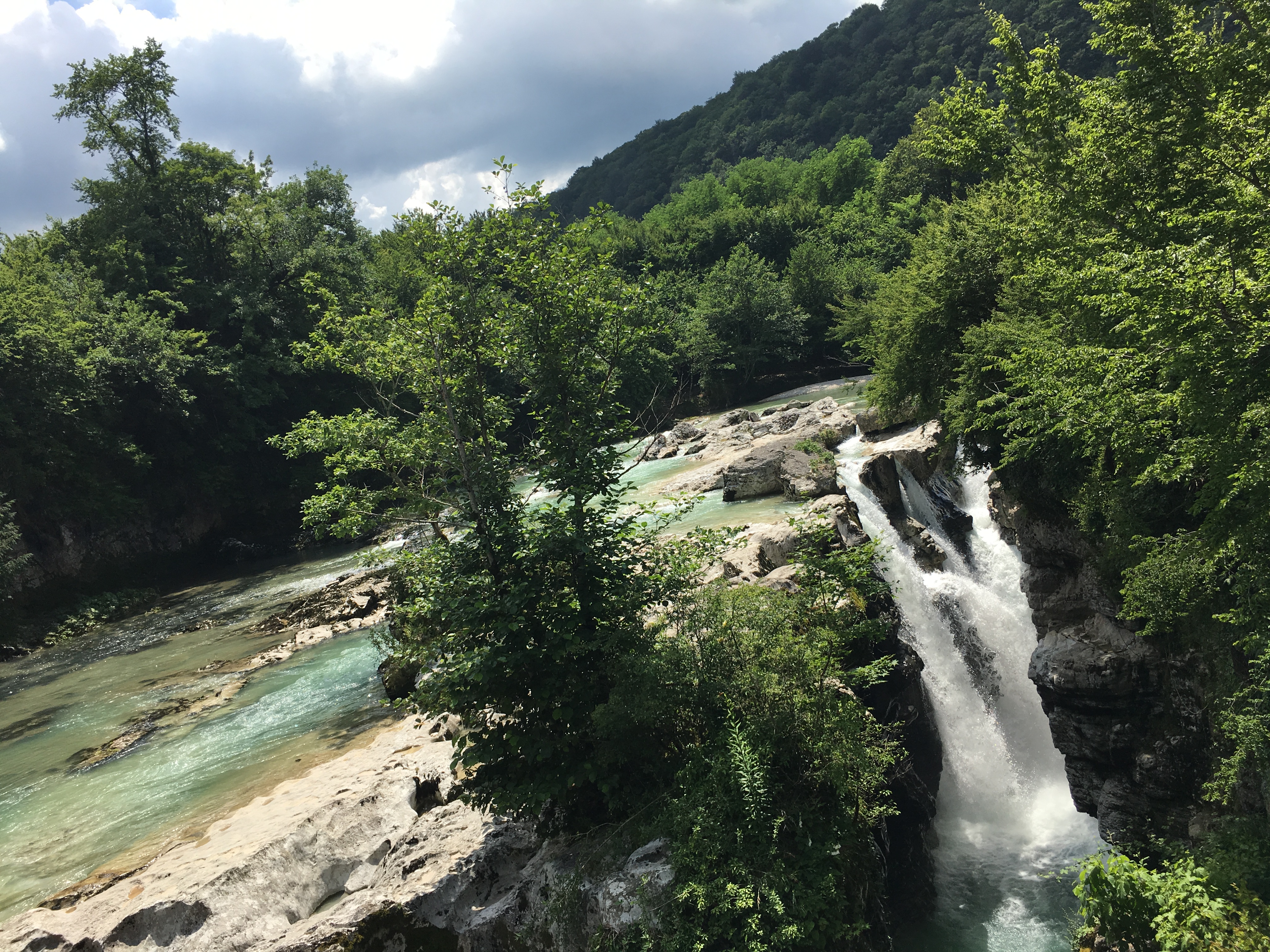 Gelati monastery is located to the north-east of Kutaisi at distance of 4 kilometres from city in rare beauty area - ancient centre of Western Georgia, province of Imereti. Monastery stands on picturesque mountain slope, among mighty oaks. 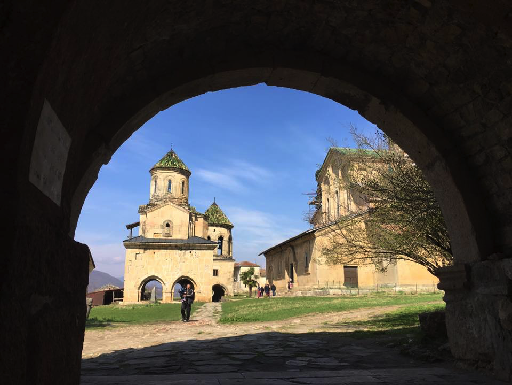 The monastic ensemble consists of three temples and bell tower; here is holy source of life-giving water, originating at 50 meters from church fence. Massive, composed of masonry stone, walls of main temple from sunrise to sunset gild in sun rays.

Gelati Monastery of Virgin is the most significant medieval monastery in Georgia. Centre of church and cultural life, residence of Catholicos from second half of 16th century to 1814, UNESCO monument (1994).

Monastery was founded by King David IV the Builder in 1106 and became his burial vault. Cathedral church is decorated with mosaics, which are considered to be the best in entire Transcaucasia. At that time monastery was Gelati Academy residence.

Motsameta Monastery is one of the brightest sights not just in Kutaisi, but of all Georgia. It is located above Tskaltsitela river, meaning "red water". 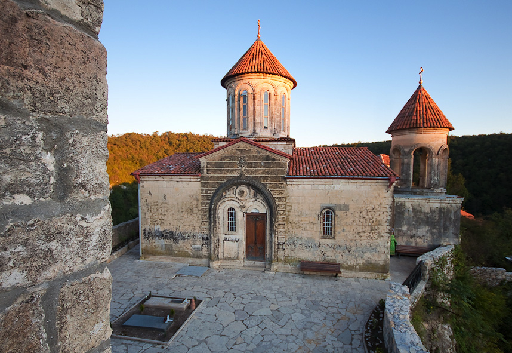 According to legend, monastery was erected on hill where Georgian princes David and Konstantin Mkheidze were executed by Muslim invaders on refusing to accept Islam. In XI century was built majestic temple and founded monastery, named "Motsameta", meaning "martyrs", ranked as saints by Georgian Church. Nowadays in monastery small hall is huge ark of rectangular shape with martyrs’ relics. Today Motsameta is beautiful monastery, buried in greenery, decorated with round turrets, completed with pointed tent domes. On temple territory there is small fountain with drinking water considered to be curative.

There is one very remarkable and not quite usual place in Georgia, named Sataplia reserve. What's unusual, many will ask, of course. Reserve as reserve - trees, grass, flowers ... Yes, indeed; in Sataplia there are flowers, grass and trees. Also you admire dinosaurs’ real traces and incredibly beautiful cave. 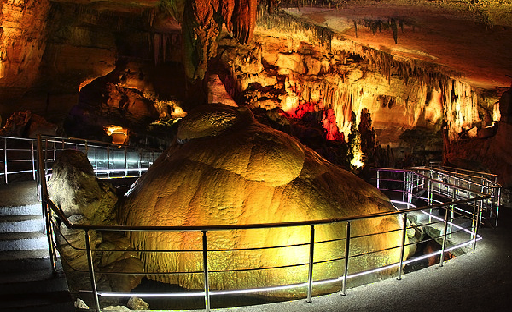 Sataplia Nature Reserve is 9 km away from city Kutaisi in Tskhaltubo municipality, on Mount Sataplia. It was established in 1939, but at first its territory was small. Over time, the reserve expanded and reached modern boundaries in 1957. 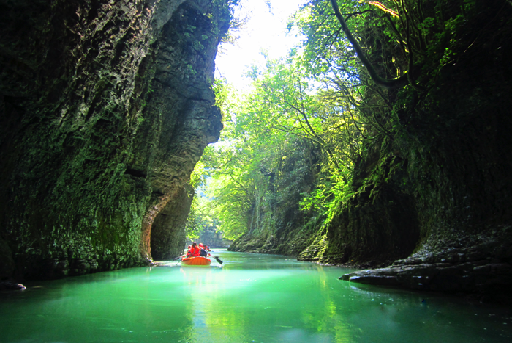 The canyons, by themselves, are very beautiful, surrounded by emerald-colour water and green plants hanging over rocks, overgrown with green moss. In some canyon caves, were found bones of wild animals such as bison, cave bear and traces of dinosaurs. In Martvili canyons, there are many beautiful waterfalls easily accessible from above. In upper part of canyon there is 7 meters high waterfall.

Price is approximate and may vary!

Price is approximate and may vary!