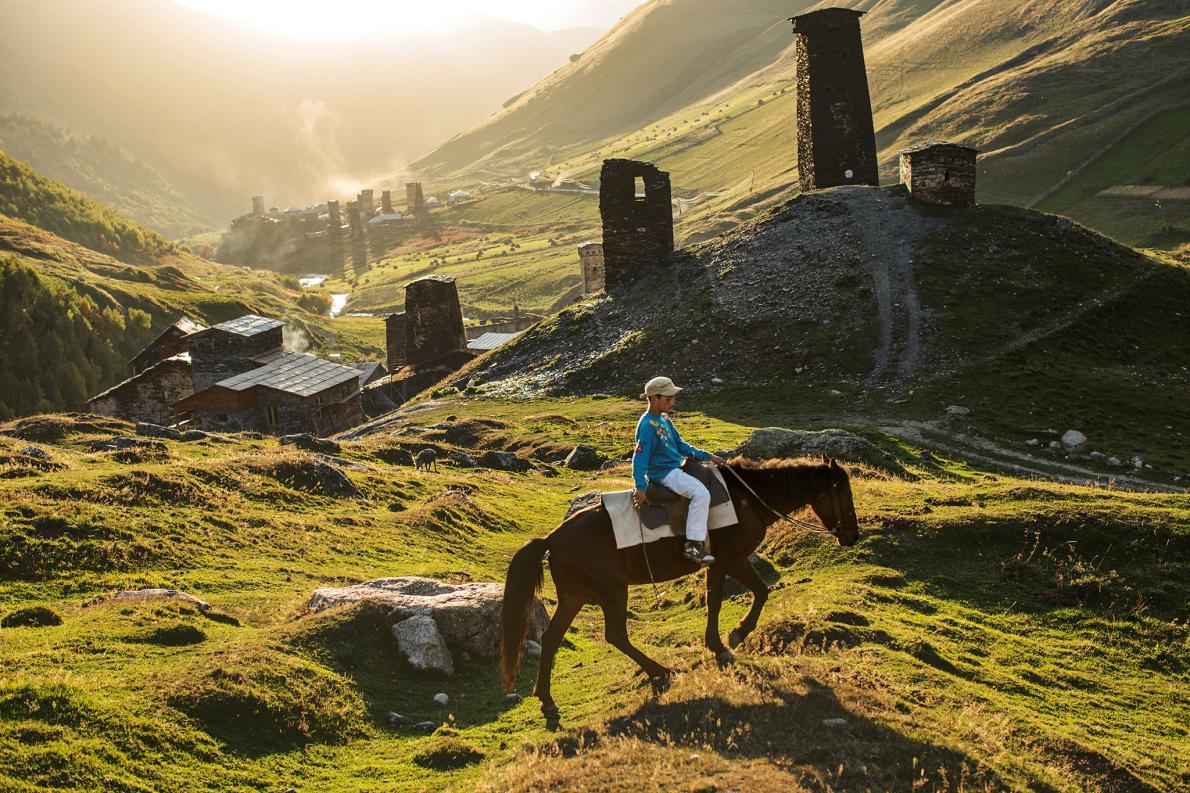 Tour to Svaneti from Batumi, 1 day

Beautiful, wild and mysterious, Svaneti is an ancient land locked in the Caucasus, so remote that it was never tamed by any ruler. Uniquely picturesque villages and snow-covered, 4000m-plus peaks rising above flower-strewn alpine meadows provide a superb backdrop to the many walking trails. Svaneti’s emblem is the koshki(defensive stone tower), designed to house villagers at times of invasion and local strife (until recently Svaneti was renowned for its murderous blood feuds). Around 175 koshkebi, most originally built between the 9th and 13th centuries, survive here today.

Today we are going to a very unique place called Svaneti. The region is located in the north-west part of the country and is famous for its ancient towers, mountains, lakes and of course for its locals –  Svans.

On our way to Svaneti, we will visit an Enguri Water Reservoir  – the biggest hydroelectric power station in Caucasus. From there to Svaneti road goes through the picturesque nature and is very good for adrenaline lovers. The final destination is Mestia, capital city of the region.   From Mestia we will take an off-road cars to explore the glaciers, forests and Caucasus mountains. There are places reachable only by pathway, so we will have to walk. It’s a real gift for the lovers of adventure, nature and active rest..

Later we will take a lift to the mount Zuruldi at an altitude of 2400 m above the sea level to take a look on the Caucasus mountains, Mt. Ushba which peak is covered with snow all year long. You will be delighted by the nature around you and full with these emotions we will return to the azure costs of the black sea – to Batumi.